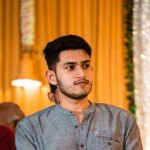 Banned Chinese apps? You might have not noticed that many of the famous apps that you trusted and have been using are all Chinese Apps. Unfortunately, in the world of Smartphone apps and usability, Chinese apps have always lead the market with their leading-edge optimizations and simpler usability which ends up making these Chinese apps more preferable and are also the most well-rated apps on the Play Store and Appstore.

What bothers me the most is that until one digs deeper, there would be no mention of Chinese Origin in these apps. Hence, difficult to spot them as Chinese-made as well.

The following are the best alternatives to banned Chinese apps. The alternatives are only those apps that I have been using over a span starting from over 4 years ago. Hence, these alternative apps are tried and tested by me. (Except for the entertainment apps like Roposo)

Google Chrome is the most popular and reliable browser in the market right now. Click here to download.

I don’t think many people use WeChat and WeMeet. But still, Whatsapp is the best alternative that probably needs no introduction. Click here to downlaod.

Jio Switch is a better and smoother working version of ShareAll. Prefer this app over ShareAll.

ShareAll is also an Indian made app which has the same functionality as Shareit. Click here to download.

Probably no one uses a Baidu Translate outside of China. But still, Google translate is the best.

Any social app can be used instead of Hago.

Files Go is the best File Manager app out there. It is also a Google product and defenitely the best.

Clash of Clans is outdated now but still the platform has lakhs of players online.

Camscanner happens to be the most used scanning app. But, Adobe Scanner is a equally good app that performs even better.

Lightroom is one of the best photo editing app. It is the mobile version of the much powerful PC app Lightroom by Adobe.

Greenify force stops apps manually in the background. The app is also available for Rooted users that give even more enhanced features.

One of the smartest news app that provides news summarised in 60 words.

Nova Launcher is the most powerful and feature-rich custom launchers out there in the market.

Dashlane is a power one-stop Password Manager app for those people who own multiple accounts and require multiple passwords to remember.

VLC is the best Media player out there. Providing vast functionality and user experience with a manual slider control for brightness and volume control.

I highly recommend that you stay away from Cache and memory cleaner apps if you own a smartphone that was launched from or after 2016. These apps are more or less a myth for a modern phone which can handle itself pretty well.

In Google, type Mi Community and use the Web version. Although, the website has been blocked as well recently. There is no way to use it right now unless a VPN is used.

These were my picks for the best alternative for the 59 Banned Chinese Apps. These are tried and tested by me over a span of more than 5 years of my usage with them. You can download them and use them without any second thought.